About the project: The Primacy of Tense

The Primacy of Tense: A.N. Prior Now and Then 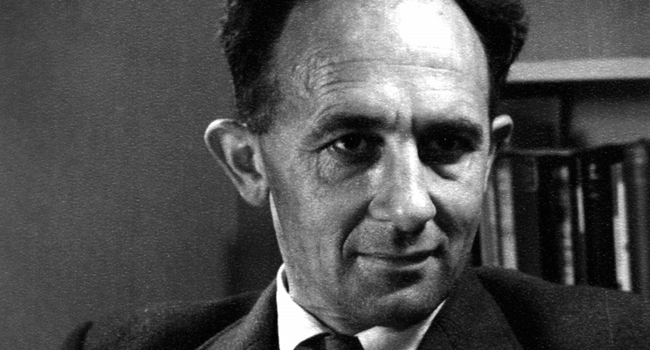 Arthur Norman Prior (1914-69) developed tense logic – in particular, he articulated the ‘internal’ (or A-series) and the ‘external’ (or B-series) views of time, showing how both could be treated formally. Most metaphysicians think there is a ‘real’ difference between these two views – that only one describes the real nature of time. Prior too thought there is a difference, and argued that the internal view is the ‘right’ one – that the correct view takes ‘the present’ as metaphysically privileged - and that all aspects of time could be studied from this perspective. The debate here remains heated, and today many metaphysicians support the external view, arguing that the present is not fundamentally different from other instants of time. The philosophical ramifications of this internal/external distinction need to be fully explored and our project is to explain, first, the extent to which it drove Prior’s work, and, second, what other uses the distinction might have, for Prior gave us tools whose full force he himself was not always aware of.

An important question that has not been given the attention it deserves is whether the internal and external views are in fact different. It is difficult to make progress about the metaphysics because the positions are not usually articulated precisely enough. But one of the great advantages of Arthur Prior’s approach is that he uses a language of modern formal logic which allows the precise articulation of both views – and this makes it possible to assess whether the claims are genuinely different, and if different, to identify what makes them so. By blending historical research with current research on Prior’s work, we hope to demonstrate the importance of what Prior did, and to gain a deeper understanding of time in general and of the internal/external distinction in particular.

We will map Prior’s work, looking for places where he endeavours to explain just what he takes the difference to be, and will explore, extend and integrate a range of technical tools, developed since Prior’s death, which critically articulate his internal or tensed view of time, and extend it in directions not considered by Prior.

1. The backdrop to the project

Arthur Norman Prior was born on 4 December 1914 in Masterton, New Zealand. He studied philosophy in the 1930s and was a significant (and often provocative) voice in theological debates until well into the 1940s. He became a lecturer in philosophy at Canterbury University College in Christchurch in 1946, and full professor in 1949. He left New Zealand permanently in 1959, first taking a chair in philosophy at Manchester University, England, and then becoming a fellow of Balliol College, Oxford, in 1965. Prior died on 6 October 1969 in Trondheim, Norway.

1.1 The study of Prior’s Nachlass and the development of Prior studies

Prior wrote a lot and many of his papers have still not been published. Most of Prior’s Nachlass is now kept at the Bodleian Library in Oxford, but there are papers elsewhere. A Virtual Lab for Prior Studies (VL), a joint cooperation between Aalborg University (AAU) and The Royal School of Library and Information Science, University of Copenhagen (KU), has been established and this is giving rise to a flourishing international community of Prior researchers. With permission from the Bodleian Library, the Prior collection has been photographed, and there are now more than 6000 digital photos in the VL. In addition to the material kept at the Bodleian, other texts and letters from Prior have been located and are being added to the VL. The Nachlass is edited based on the work carried out in the VL. This model should be further developed in the project. The Nachlass has already yielded important insights. For example, David Jakobsen defended his PhD thesis on Prior’s contribution to metaphysics, at Aalborg University in April, 2013, based heavily on evidence from Prior’s unpublished papers. Jakobsen showed that a number of newly discovered texts lead to a far better understanding of Prior’s metaphysical ideas. A second example is the recent work on Prior’s somewhat neglected work on the temporal indexical ‘now’ (8). Drawing on the archived correspondence between Hans Kamp and Arthur Prior, and combining this with technical results from contemporary hybrid logic, it established that Prior had indeed correctly isolated the basic logic of ‘now’.

1.2 The significance of A.N. Prior’s ideas in contemporary thought

Prior’s thinking (particularly his insistence on taking an internal perspective on time) has also had significant influence in areas beyond metaphysical philosophy. Perhaps the most spectacular example comes from computer science. In the 1970s, Amir Pnueli (1941-2009) realised that Prior’s temporal logic was the framework needed for reasoning about the dynamic behaviour of software and hardware. These ideas are now a standard methodology in computer science - indeed, in 1996 Pnueli received the Turing award (the Nobel Prize of Computer Science) for his application of temporal logic to computation.

Prior’s ideas are also highly relevant to the study of natural language. Contemporary semantic theory draws heavily on the work of Richard Montague (who made use of Prior’s temporal logic in his classic work) and Hans Kamp (who took a course in tense logic taught by Prior at UCLA in the late 1960s). Thus Prior’s ideas are built into the DNA of much contemporary semantic research. And there are many Priorean themes here that deserve a deeper exploration, such as his views on tense, temporal reference, intervals, and events, and his prescient later work on indexicality. Recent work at RUC has addressed some of these.

2. The focus of the project

Prior’s work has had a lasting influence in logic itself. Critics of Prior’s tense logic, and of the ‘presentism’ which goes with it, point out that there are things his logic cannot say. Prior himself suggested ways of expanding it. Late in his life Prior developed his tense logic into what he called ‘egocentric logic’; nowadays it is usually called ‘hybrid logic’. During the late 1980s and early 1990s hybrid logic established itself as an important logical discipline. One reason for this was the ease and generality with which inference systems could be devised in hybrid logic. Three project members played a prominent role in this work. Indeed, Braüner devotes a book to this topic. The modern edge of Prior’s egocentric logic is the hybrid logic being done in Denmark. The key to hybrid tense logic is that terms which in the external perspective are terms in a tenseless metalanguage (which is used to explain a tensed object language) are incorporated into the tensed object language itself. Prior held the view that if the terms were actually represented by ‘propositional’ letters (rather than individual variables), they enabled his tense logic to provide a powerful account of the internal perspective on times – and indeed, on other domains – a perspective which can do all the work that an external perspective can. Prior and his PhD student Robert Bull started the long process of exploring the consequences of this idea, a process continued in. There seems to be a consensus that this expanded logic is at least as powerful as the standard logic used by advocates of the external perspective. But this needs to be made more precise: in what sense and to what extent are these perspectives formally equivalent? Secondly, what implications do such formal equivalences have for metaphysics? And finally, how do Prior’s own writings illuminate the first two questions? These things – hybrid logic and Priorian scholarship – have never been systematically brought together before.

We want to use the insights from hybrid logic and the insights from a historical survey of Prior’s own views on metaphysics and theology, to see what kind of difference (if any) there is between the internal and external perspectives. The reason this has not previously been done is because, typically, logicians have not appreciated the metaphysics, and the metaphysicians have been largely ignorant of the logic. Prior himself was both a logician and a philosopher, and in Prior’s work the one always informs the other. This means our own investigations require sensitivity about the links between the logic and Prior’s wider thought, and an appreciation of the way the modern tools can be used in conjunction with a close historical study of Prior’s own writings, both published and unpublished. It is the combination of all of this which makes our project unique.

In what follows we list a number of specific themes crucial to Prior’s work, which bear on the relation between the internal and the external perspective. Each of these themes will be investigated by looking both at the history of Prior's thought and at the logics he developed, and a key part of our work will be to integrate the insights of both aspects, and to develop them in novel directions. We have tried to make this project self-contained and specific enough to be achievable in the period of the grant, but we would like to stress that there will be many spinoffs for future researchers to develop and explore.

2.1 Specific questions we plan to tackle:

The project requires two kinds of expertise: the historical and philosophical study of Prior’s works and the use of hybrid logic in developing his tense logic. The project will be organized around these two aspects. The historical/philosophical study will be directed by Øhrstrøm using the resources of the VL developed jointly by AAU and KU; an important goal of the project is to continue developing the Prior VL. This requires the expertise in the Digital Humanities (43) provided by Per Hasle and his associates. The study of the logical extensions of Prior’s work will be directed by Blackburn at RUC. This group is built around philosophers and logicians associated with the Danish CADILLAC network (55) and the Modality and Modalities workshop (56). The project will thus create a genuine national network: the five Danish universities (AAU, AU, KU, RUC, SDU) and the Technical University of Denmark (DTU) are represented. – Internationally, we will cooperate with the researchers in the VL – in particular with the researchers in New Zealand (57).

The two groups will work closely together. We shall ensure a high degree of synergy between the sub-projects. Regular joint seminars will be held, and joint publications strongly encouraged.

In his Postdoctoral project David Jakobsen will study Prior’s contributions to metaphysics, developing the ideas suggested in his PhD dissertation (27). This work will be based on Prior’s publications and on a study of Prior’s extensive correspondence. The Postdoctoral project will include at least the following three themes:

In her PhD study Julie Lundbak Kofod will focus on logical issues relating to temporal logic, hybrid logic and natural language semantics. Her research will be built around the following two related themes:

Based on the work in the project we will produce a book which will integrate our findings. The book will provide a historical survey of Prior’s work, and critically engage contemporary discussion of the internal/external distinction amounts. We intend to continue our co-operation with the journal Synthese (cf. special issues on Prior’s philosophy and logic of time in 2006, 2012, and 2015). We anticipate editing a further special issue of Synthese. Prior’s Nachlass will be published as annotated texts on the site for Prior Studies. Finally, Peter Øhrstrøm, Per Hasle and David Jakobsen will publish a new edition of Prior’s most important book, Past, Present and Future (1967) at Oxford University Press. In this new edition the notation will be changed from Prior’s Polish to modern notation, and it will contain introduction, editor’s notes and appendices (as it was done in 2003 with Prior’s Paper on Time and Tense).